Hedge fund titan, George Soros, has a taste for the impeccable.  One of the wealthiest men in the world, the billionaire fund manager is known for his fund’s longevity and performance.  Over the span of his career, the man has accumulated a vast collection of art, real estate holdings and a boatload of cash.  Accordingly, the man knows what he likes and what he wants.   This holds true for his hedge fund’s future office space as well.

Over the past 20 years or so, Soros has expanded to multiple floors at 888 Seventh Avenue, a trophy office building on the corner of 57th Street and Seventh.  With a lease expiring in May of 2015, Soros began exploring the market in an effort to determine where to hang his hat next.  Though his current space has unparalleled views of Central Park from every floor, his installation has become antiquated and tired.  As a result, he opted for something brand new- about 100,000 square feet in the tower of Boston Properties’ newest Midtown trophy property, 250 West 55th Street.  Looking for New York City office space?  Click here for our free search.

250 is an incredible asset to say the least.  The steel and glass tower boasts finishes consistent and expected in a brand new office building.  Extra-large windows, above standard ceiling heights, LEED certification and highly efficient column-free floorplates are just a few of the notable features that have attracted tenants to the world class office tower.  Since its completion, 250 has lured two legal juggernauts as anchor tenants, Kaye Scholer and Morrison and Foerster (MoFo).  According to reports, Boston Properties has been courting Al Jazeera, one of the largest broadcast media companies in the world.  One of the main reasons for attracting such big names is that asking rents for the building are very attractive compared to similar assets– between the mid $80’s and $90’s psf.  Additionally, the landlord has launched a pre-built program, constructing spaces on spec for smaller tenants.  The size of these units range from roughly 3,000 to 6,000 square feet  (click here to see some of the typical finishes and availabilities).

Soros is leaving behind a big block of the most coveted full floors at 888 Seventh Avenue– which will surely garnish the attention of the elite financial services firms in New York City.  Measuring roughly 20,000 square feet each, the entire 28th and 30th through 33rd floors will becoming available on or before May of 2015.  Asking rents will be in the low $100’s per square foot and Vornado, the landlord, will demolish and build-to-suit an incoming tenant’s needs. 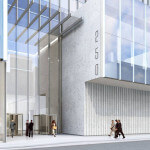 Why Your Current Real Estate Broker is WRONG

The office space market is being dictated by ONE thing, Culture! As one of the more active office space brokers in New York City, I can’t help but cringe when…