The Seagram Building is one of the greatest buildings in the world and New York.  In a city with over 400 million square feet of office space, this designation is quite a bold statement.  However, regularly achieving some of New York City’s highest office rents is a noteworthy achievement and doesn’t happen for just any reason.  However, in a rapidly changing office environment, more tenants are being drawn to buildings with amenities such as gyms, outdoor spaces and common lounge areas.  Though most executives at Seagram are not there for the views (though they are exceptional), gimmicky services or to be in new construction, nearly all of the tenants are there for one similar reason… Caché.  The “375 Park Avenue” address, printed on a business card is often enough for deep pocketed tenants to pay big numbers.  However, it is rumored that ownership is in the process of finalizing plans to build an amenity floor with a serene outdoor oasis. (Looking for office space in the Seagram Building or The Plaza District?  Click here for our free and instant New York City Office Space Search)

Located on Park Avenue, between 52nd and 53rd Streets, the trophy skyscraper is in the heart of The Plaza District.  With a tenant roster that includes Mikhail Prokhorov (the Russian billionaire owner of the Brooklyn Nets), Aviva Investors, EnTrust Capital, Star Management and numerous wealthy family offices and money managers, the asset maintains unprecedented prestige.  Typical asking rents in this highly regarded Park Avenue tower range between $145 and $175 per square foot and the demand for its premier spaces has increased tremendously.  In an effort to further attract uber-wealthy tenants, Aby has decided to turn a portion of the 11th floor into a luxurious sanctuary.  Equipped with a large outdoor space with seating, ultra-chic pantry with lounge area and a game room, the new space will give tenants the opportunity to take a break from their hectic days. 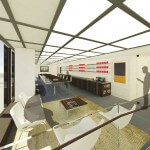 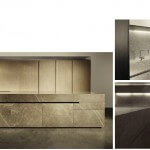 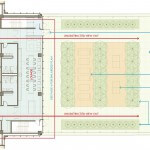